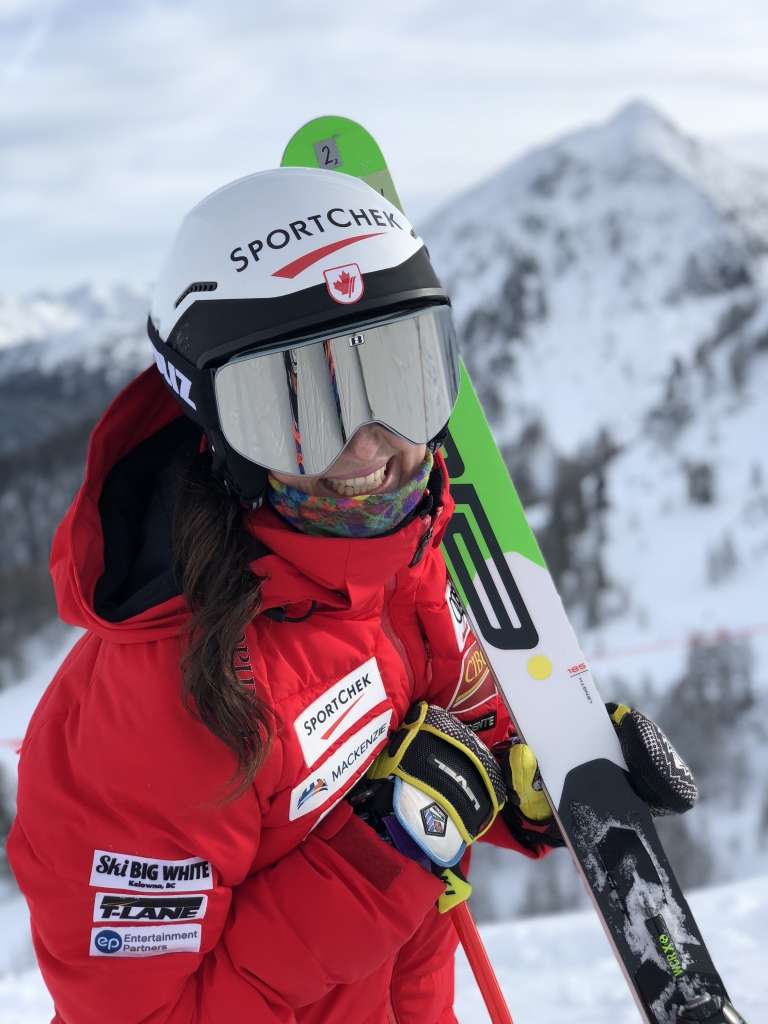 started skiing as soon as she could walk..  With her grandfather, Cliff Serwa co-founding Big White Ski Resort in the early 1960′s it was inevitable that Kelsey would lead a life greatly influenced by the skiing community.

From the age of six Kelsey progressed from level to level in the Alpine world and in 2008, was named to the Women’s National Development Team for Canada.

Kelsey has always valued the importance of a solid academic foundation.  She strongly believes in the values of balancing sport with school, using each to acquire life skills transferable from one discipline to the other.

Embracing opportunities, the avid alpine racer made the decision to try something new and transitioned to ski cross in 2009.  Kelsey took the World Cup ski cross tour by storm, making a name for herself instantaneously and earning the prestigious “FIS Rookie of the Year” award.

Never one to settle, Kelsey is still eager for improvement and has her sights set on becoming an overall World Cup champion and Physiotherapist in the years to come.

Kelsey loves to share her stories of determination, hardwork, diversities and triumph with the world as much as she can.  If you are interested in having Kelsey talk to your business, school or organization please contact her directly at kelsey@kelseyserwa.com