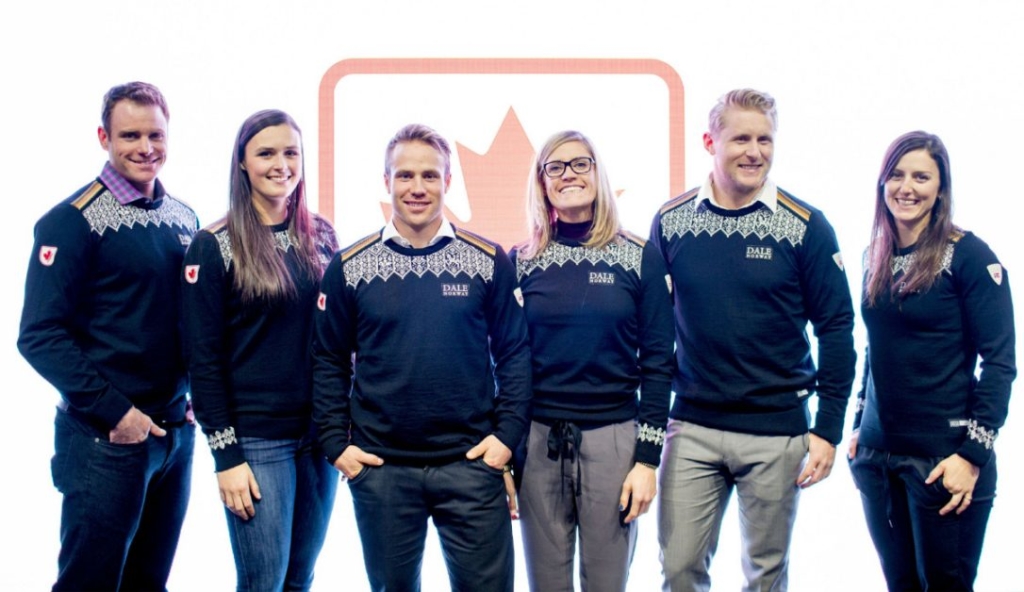 Canada’s world domination in ski cross could continue into upcoming World Cup season and 2018 Winter Olympics, but there are warning signs ahead with little depth at grassroots.
Kevin Drury is about to start his second World Cup season as a ski-cross racer — and that’s not much time in this rough-and-tumble event — but he already feels ready to win.

That’s what happens when an athlete trains with, and measures himself against, the best in the world. And when it comes to racing head-to-head over a course of jumps, rollers and banked turns, his Canadian teammates are the best.

The 28-year-old from Toronto is the newest member of a team with an extensive history of success in ski cross, an event that was born in the X Games and made its Olympic debut at Vancouver 2010. Canada’s Ashleigh McIvor won the sport’s first Olympic gold, and at the last Winter Games in Sochi, Marielle Thompson defended that women’s gold for Canada while teammate Kelsey Serwa picked up the silver for good measure.

Canada has had two of the top three racers on the men’s and women’s sides in recent years, and last season — with at least one Canadian standing on every World Cup podium — the team was the top ranked overall. It’s a position they are rightly proud of, but not one they take for granted.

“It’s great that we were number one last year, but that’s over,” racer Brady Leman says. “Now, everyone starts back at zero and there are 10 other countries that are chasing us, and we need to chase us, too. We need to be better than we were last year or we’re not going to be number one again. We can’t stop trying to get better.”

There’s no danger of that at an individual level. Ask Leman what it means to be third on the World Cup circuit and he says it means he’s two spots from where he needs to be, and Thompson thinks similarly about her second-place finish.

“I know how it feels (to be first) and I want to be back there, and I think I can,” says Thompson, a two-time crystal globe winner.

But there are danger signs. If Canada wants to avoid adding a chapter to its familiar story — finding Olympic success as an early adopter of a sport, then struggling to stay on top once global competition ramps up — change is needed.

“We’ve always had the best in the world in our program, but our ability to reach down below the national team is nonexistent,” says Willy Raine, Canada’s athletic director of ski cross. “There are no provinces that have programs that are up and running. Maybe six to eight clubs in Canada have some degree of ski cross. . . . We need to build our system down to the 8- to 10-year-old level.”

“The first nation that integrates ski cross into their alpine programs will become the future rock stars,” Raine says.

Similar to most other Olympic sports, Alpine Canada struggles to find sufficient funding and sponsors to run the programs it wants, particularly at the development level. Over 90 per cent of Raine’s ski-cross budget comes from Own the Podium, the national body dedicated to funding Olympic medal threats, while he has a $200,000 budget shortfall for his development programs. That makes it tough to grow, and depth throughout the system is what Canada needs to ensure success at the 2018 Olympics in Pyeongchang, South Korea and beyond.

At the 2015 world championships, Canada went in with the top two ranked women, Thompson and Georgia Simmerling.

“If you’d asked me to put money on how we’d do that day I would have bet heavily on having success, and we walked away having no women left in our program,” Raine recalls.

Thompson went down — when a competitor landed on her skis — and needed knee surgery, while Simmerling suffered a badly broken wrist in another crash.

“We went from hero to zero in the span of an hour.”

After that, Simmerling took a year off to switch to the summer sport of track cycling, in which she won a bronze medal at the Rio Olympics. She returned to the ski-cross team this September and learned she’d have to pay to ski. Only the four athletes ranked in the top eight in the world are fully funded.

“I was rattled to hear that. I take a season off to win a bronze medal with my cycling team and have to pay team fees for my first time as a ski-cross racer, when I was ranked second in the world (in 2014-15). To me, it’s kind of ridiculous, but I understand. . . . There’s a greater picture where Alpine Canada needs greater support.”

Drury is actually feeling pretty lucky this year, because he expects to pay far less than last year’s $35,000 tab. But team veterans such as Serwa fear that asking athletes to pay such sums to ski at the world level, in the hopes that they’ll get good enough for more funding in future years, is far from a sustainable policy.

What Canada’s ski-cross team does have in abundance is expertise — from head coach Stanley Hayer, a three-time Olympian, and athletes such as Chris Del Bosco, who at 34 is the team’s most experienced racer. It all adds up to “a constant feed of world-class information,” Serwa says.

At a recent camp in Switzerland, the team trained with Swiss, Austrian and Swedish racers, and Serwa noticed that the Canadians had their own way of seeing the mountain. “It was interesting to see how our team gravitated to one line in a turn, and the other countries gravitated to a completely different line.” (Yes, the Canadians were faster to the bottom.)

It’s that kind of experience that gives Drury such confidence as he thinks ahead to the season-opening World Cups in December.

“I’m in training and they’re beating me — which happens often, because they are the best in the world — but you can gauge yourself because you know how consistent they are, and that’s a tool that most teams don’t have,” Drury says.

“And at the camp we just had, in the heats I was there mixing it in and winning some, and to me that’s a great sign.”

Canada’s ski-cross team finished last season ranked No. 1 in the world and the skiers — who race four abreast on a course full of jumps and banked turns — are determined to keep that top spot. Here are six Canadians to watch on the World Cup circuit this season, starting Dec. 8 in Val Thorens, France:

She’s only 24 years old, but the Whistler, B.C. skier has already amassed a huge trophy collection, which includes an Olympic gold medal in ski cross from the 2014 Sochi Games and two crystal globes for World Cup season titles. She was sidelined with a knee injury in 2015, but skied her way back to the No. 2 ranking last season with four World Cup wins, two more podiums and a silver medal at the X Games.

The 34-year-old has been in the sport longer than anyone else on the Canadian team, and he’s best known as the guy who refused to settle. The Montreal skier was in third position at the Vancouver Olympics when he went for a risky pass on a jump, crashing out of the medals entirely. Last season, he found himself closer to where he likes to be, ranked second overall with four golds and two more podium finishes on the World Cup circuit and bronze at the X Games.

The 27-year-old from Vancouver won a bronze medal in team pursuit cycling at the Summer Olympics in Rio, making Canadian history as the first athlete to compete in three Olympics in three different events. She was an alpine skier in Vancouver, a ski-cross racer in Sochi and a track cyclist in Rio. Now, she’s back to snow and looking to climb the rankings again. In the 2014-15 season, her last on the ski-cross circuit, she was ranked second.

The 30-year-old from Calgary hasn’t had the best Olympic luck. In the sport’s debut in Vancouver he was named to the team two days before competition, after a teammate’s injury, only to crash in training the next day — bending the metal rod in his leg. In Sochi, he missed the podium in fourth place behind three French skiers. But last season he won gold at the X Games and wound up third overall on the World Cup circuit with five podiums.

The 27-year-old from Kelowna came back from a series of injuries to win a silver medal at the 2014 Sochi Olympics, just behind Thompson. She took the next two seasons off — to let her body recover and finish her undergraduate degree in human kinetics — then returned to competition last season. While there were some ups and downs, she won a silver medal at a test event for the 2018 Olympics and gold at the X Games.

Two years ago, he stopped being the alpine skier who liked to play around in the terrain park after races and made the switch to ski cross. Last season, his first on the World Cup circuit, was a good first step. The 28-year-old Toronto skier earned three top-10 finishes. His best result was at the test event for the 2018 Olympics in Pyeongchang, South Korea, where he made the final four for the first time and missed the podium by less than the length of a ski boot.